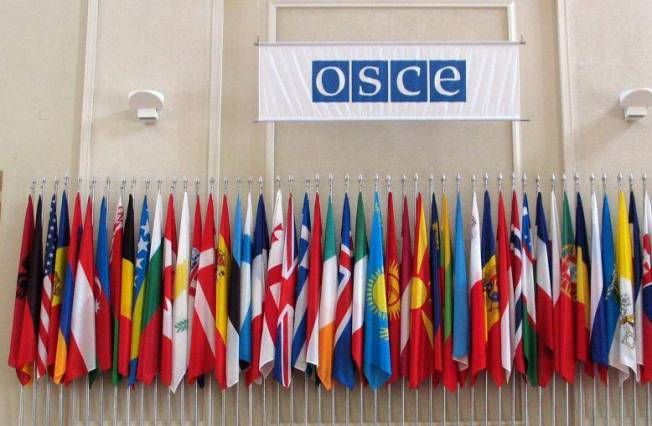 In this context, let me remind that almost 18 months after the cessation of the war of aggression against Artsakh, Azerbaijan continues to illegally detain Armenian prisoners of war and civilians, in violation of its obligations under international humanitarian law and the 9 November trilateral statement, and in defiance of the repeated calls of the international community.

Torture and ill treatment has always been a distinctive feature in the Azerbaijani penitentiary system. Therefore, the fate of the Armenian prisoners of war and civilians is particularly worrying.

Azerbaijan’s refusal to provide accurate information about the Armenian captives is deeply alarming, also due to the registered cases of enforced disappearance, torture and inhuman treatment of Armenian prisoners of war and civilian hostages.

But even more worrying in this case is the lack of a proper response from the OSCE institutions, and in particular the ODIHR.

There are at least two dozen well-documented cases of enforced disappearances, which are supported by indisputable facts about the capture of Armenian prisoners of war by Azerbaijani forces, yet Azerbaijan has neither confirmed their captivity nor any other status.

It should also be emphasized that unlike other conflicts in the OSCE region, the Nagorno-Karabakh conflict was accompanied by ethnic cleansing and atrocities against the indigenous Armenian population of the region. Most of the Armenians who did not manage or were unable to leave the territories that came under the control of Azerbaijan, were brutally killed, many were beheaded alive, their corps were mutilated. This is the reality on the ground, and this it speaks volumes about the failures of the international community, including the OSCE, to protect IHL and IHR.

We were and still are expecting that the OSCE in general and the ODIHR in particular, in pursuance of its mandate, would address the issue of safeguarding the rights of Armenian prisoners of war to a fair trial and, their human rights, including protection from torture and ill-treatment.