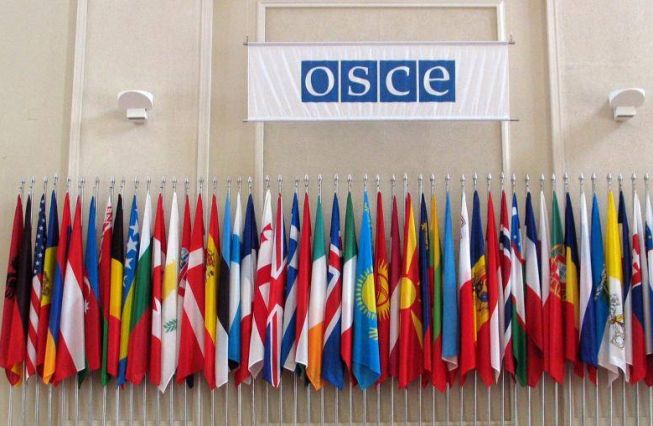 I am compelled to begin my today’s statement with a horrifying description of one specific episode of the war crimes committed by the armed forces of Azerbaijan in the course of the recent aggression against the sovereignty and territorial integrity of Armenia. It concerns the female members of the Armenian armed forces, whose bodies were mutilated and dismembered by Azerbaijani soldiers in the most inhuman and cruel way.

In particular, I am talking about four brave Armenian women soldiers who died defending their homeland from the Azerbaijani aggression, but here I would like to particularly focus on one of these cases, which is simply monstrous. I will try to spare you some of the horrifying details, but, nevertheless, I want to draw your attention to the case of Ms. Susana Margaryan, whose desecrated and dismembered body was put on display through social networks. The perpetrators left a message reading “Yashma” (the code name for the Azerbaijani special forces) on her naked body. In addition, her hands were placed above the head, a severed finger stuck out of her mouth; one of her eyes was closed, while the other had a reverted eyeball placed on her closed eyelid. This is the true face of Azerbaijan and its armed forces. I wonder how Azerbaijan will incorporate this heinous war crime into its achievements in the implementation of UN Security Council resolution 1325 on Women, Peace and Security.

Later, we will distribute a Special Report by the Human Rights Defender of Armenia for those who are interested to get more details and to follow up on this and other egregious cases of brutalities committed by the armed forces of Azerbaijan. The report was also submitted to the ODIHR, but it is due to its muted and inadequate reaction that such cases continue to occur with complete impunity.

Azerbaijan’s unprovoked and unjustified aggression against the sovereignty and territorial integrity of Armenia constitutes a flagrant violation of the United Nations Charter, the Helsinki Final Act and other OSCE principles and commitments. For more than two days, 36 peaceful towns and villages in the territory of Armenia were under attack by Azerbaijan. As a result of this unprovoked and premeditated aggression by Azerbaijan, at least 207 military personnel and three civilians were killed, and several thousand people were displaced from their homes. In fact, as we speak the number of killed Armenian civilians increased to four, as one out of 7 wounded peaceful citizens died in hospital. Several people are still missing, including two civilians. Serious damage has been inflicted on civilian infrastructure, including 192 residential buildings and houses, 3 hotels, two schools, 1 medical facility, 7 power and 5 water supply systems. Currently, there are 7600 displaced persons from the Gegharkunik, Vayots Dzor and Syunik regions of Armenia. 24 873 school-age children and 5808 pre-school children are deprived of their right to education. Journalists, both local and foreign were also targeted while they were carrying out their professional duties.  These are the reflections of the gruesome reality and a manifestation of Azerbaijan’s gross violations of international humanitarian and human rights law.

Continuing the topic of international humanitarian law, let us recall how many times we have heard in this hall from the representatives of Azerbaijan about their commitment to international humanitarian law, the Geneva Conventions and its Protocols. However, all these assurances were just empty shells then, during the 44-day war of aggression in 2020, and also now. I have already mentioned the most shocking and monstrous cases of humiliation, torture and mutilation of Armenian female soldiers.

At this point, it is also known that at least two servicemen were tortured and killed in Azerbaijani captivity. In the videos posted by Azerbaijani users on social networks, they were seen still alive, under Azerbaijani custody. In particular, in one of the videos, private David Gishyan, who was wounded during the aggression, was seen alive while being bandaged by an Azerbaijani soldier. Later on, on 17 September, David’s body was handed over to the Armenian side among 32 bodies of other fallen Armenian soldiers. The victim of another similar case of arbitrary killing in Azerbaijani captivity was Armenian serviceman Shavarsh Margaryan.

We also recall that, after providing irrefutable evidence of numerous cases of war crimes during the 44-day war of aggression against Artsakh, the Azerbaijani authorities, in an attempt to whitewash their image, reported on an alleged investigation of four Azerbaijani servicemen /Gardashkhan Abishov, Rashad Aliyev, Arzu Guseynov and Umid Aghaev/ on suspicion of torturing prisoners of war, mutilation and desecration of dead bodies. However, there was no further information on these criminal cases. Moreover, it recently became known that the name of one of those accused of committing these grave violations, namely Gardashkhan Abishov, appeared on the official list of the servicemen awarded by the President of Azerbaijan earlier in August this year. This clearly demonstrates the value of the statements of Azerbaijani authorities and once again reveals their true face.

In this context, let me remind of the Concluding observations of the UN Committee on the Elimination of Racial Discrimination (CERD) on the combined tenth to twelfth report  of Azerbaijan, in which the Committee expressed its “deep concern about allegations of severe and grave human rights violations committed during 2020 hostilities, and beyond, by the Azerbaijani armed forces against Armenian prisoners of war and other protected persons, including extrajudicial killings, arbitrary detentions, torture and other ill-treatment, as well as the destruction of Armenian cultural heritage, houses, schools and other civilian facilities”.

Azerbaijan also continues to blatantly violate the order of the International Court of Justice not to aggravate the dispute. It brazenly ignores the ruling of the International Court of Justice on the protection of Armenian prisoners of war, the prevention of anti-Armenian incitement and promotion of racial hatred, including by its officials and public institutions, and on taking the necessary measures to prevent and punish acts of destruction of the Armenian cultural heritage.

We are grateful to our US colleagues for organising the meeting of Foreign Ministers on the sidelines of the UN General Assembly in New York. Armenia has always been committed to resolving all issues resulting from the Nagorno-Karabakh conflict, as well as those relating to Armenia-Azerbaijan interstate relations, exclusively by peaceful, diplomatic means and through negotiations, based on the Trilateral Statement of 9 November 2020 and other agreements. We sincerely hope that Azerbaijan will not use the meeting in New York as a smoke screen for its subsequent attacks and aggression. Such risks are very likely, given our previous experience of similar situations and, reports of troop and heavy weapons buildup along the entire border of Armenia, both from the east and from the west, and, above all, yesterday’s statements of Ilham Aliyev, the President of Azerbaijan, when speaking about the September 13 aggression against Armenia, he stressed: “No-one's call, no statements or initiatives can stop us”. He also claimed that the absence of the demarcated and delimitated border with Armenia gives them the right to grab more sovereign territory of Armenia by force. Hence, by such claims, and in combination with its previous similar claims, denouncing the non-use of force or threat of force, as well as aggressive actions on the ground, Azerbaijan also denounces the principles of sovereignty and territorial integrity.

As we speak now, the fragile ceasefire is barely holding on. Just yesterday, it was again violated due to shelling by the Azerbaijani side with the use of mortars and large-caliber firearms, as a result of which one Armenian soldier was wounded. Two days earlier, in the eastern direction of the Armenian border, the village of Nerqin Hand of the Syunik region was also shelled. Azerbaijan prepares grounds for next military attacks, by regularly disseminating false information about the so-called “provocations” by the Armed Forces of Armenia in an apparent attempt to shift the blame for the next escalation on the Armenian side. The latest release of the Ministry of Defence of Azerbaijan which says “Armenia bears the responsibility for the next escalation on the Azerbaijani-Armenian border” is another episode of this disinformation campaign. So far, all the actions of Azerbaijan clearly demonstrate that the only thing it seeks is to continue the tactic of creeping occupation and the seizure of more territories of the Republic of Armenia, as well as the continuation of the ethnic cleansing in Nagorno-Karabakh. The true intentions of Azerbaijan were once again unequivocally declared yesterday by the President of that country. The aggravation of the situation may jeopardize the regional security environment and provoke an escalation with the involvement of other players outside the area of responsibility of the OSCE.

Therefore, we once again call on the OSCE and its participating States to strongly and unequivocally condemn the aggressive and destructive actions of Azerbaijan and demand the immediate and unconditional withdrawal of its troops from the sovereign territory of Armenia. The OSCE must use all its tools and mechanisms to prevent any new aggression and further escalation of the situation in the region.

The Azerbaijani armed forces must leave the sovereign territory of Armenia, the Azerbaijani authorities must stop imitating negotiations and engage in dialogue in good faith.

To this end, Armenia urges and expects immediate and decisive actions from the OSCE to prevent another aggression and further deterioration of the situation in the region, which will inevitably lead to the complete collapse of the European security architecture.