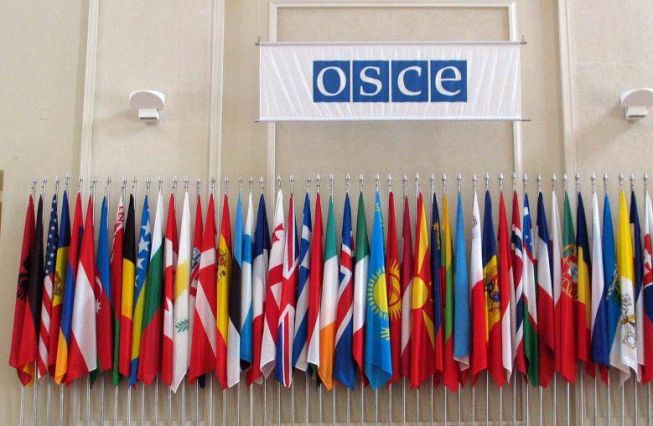 On the evening of 28 September, the units of the Azerbaijani armed forces, which unlawfully invaded the sovereign territory of the Republic of Armenia, once again grossly violated the ceasefire regime by shelling with mortars and large-caliber weapons the Armenian positions located in the eastern direction of the Armenian-Azerbaijani border. As a result, three Armenian servicemen were killed.

This new provocation carried out by Azerbaijan in continuation of its large-scale aggression against the territorial integrity of Armenia, launched on 13 September, is a clear and blatant disregard for the numerous calls of the international community to maintain the ceasefire, including by the UN Security Council member states.

It is also another attack against the independence, sovereignty and democracy of Armenia. Such a provocation by Azerbaijan amid ongoing discussions on arranging a meeting of the Foreign Ministers of the two countries is clearly aimed at derailing such a possible meeting and, consequently, the normalization process. These actions of Azerbaijan once again confirm that the Azerbaijani authorities are not interested in peace, stability and security in the South Caucasus.

Effective containment of the aggressive and expansionist policy of Azerbaijan, including forcing the withdrawal of its troops from the sovereign territory of Armenia, is an absolute prerequisite for achieving peace and stability in the region. We believe that the deployment of an international observer mission in Armenia is another urgently needed measure to prevent further escalation.

Two years ago, on 27 September, Armenia commemorated the second anniversary of the 44-day large-scale war of aggression unleashed by Azerbaijan against Artsakh and its people, in blatant violation of the UN Charter and the Helsinki Final Act.

This unprovoked and unjustified war unleashed by Azerbaijan against Nagorno-Karabakh was a pre-planned and premeditated military aggression aimed at the ethnic cleansing of Artsakh of its indigenous Armenian population, depriving them of the right to live and create freely and safely in their historical homeland, and, thus, resolving the Nagorno-Karabakh conflict by force and removing this issue from the international agenda.

During the 44 days of the war, the Azerbaijani armed forces committed numerous gross violations of international humanitarian and human rights law, including war crimes and other atrocities, deliberately targeting the peaceful population, critical civilian infrastructure, towns and villages, as well as religious and cultural monuments. The Azerbaijani forces used their entire arsenal, including combat drones, heavy artillery, precision-guided weapons, long-range missiles, air bombs and prohibited weapons, such as cluster and phosphorous munitions. Armenian servicemen and civilians captured during the hostilities were subjected to cruel and inhuman treatment, including torture and extrajudicial killings.

After two years, many humanitarian problems remain unresolved. Azerbaijan continues to illegally hold Armenian prisoners of war and civilians as hostages, and the fate of hundreds of missing and forcibly disappeared persons as a result of the first and second Nagorno-Karabakh wars remain unclear. Over 120 thousand people who returned to their homes after the ceasefire was established continue to face serious humanitarian challenges, including killings, disruption of critical infrastructure facilities, psychological and physical intimidation and threats, especially targeting civilian population living in areas close to the line of contact.

As part and parcel of its policy of erasing the traces of Armenian presence in the region, Azerbaijan continues destroying or distorting the identity of the Armenian historical and cultural heritage in the territories that came under its control after the 44-day war.

The Armenian delegation has consistently been voicing its grave concern over the extremely harmful and dangerous silence or “bothsidist” statements and approaches of international organizations and actors. Even worse, at some point some of them started to reward the Azerbaijani dictatorial regime with various projects in the energy sector or took part in diplomatic trips to the occupied territories of Artsakh, which were ethnically cleansed as a result of 44-day war of aggression.

The inadequate response of the international community and tolerance for the use of force as a means of resolving conflict only paved the way for further destabilization of the region by Azerbaijan. Emboldened by the impunity for its aggression and use of force against Artsakh, the Azerbaijani regime is now targeting the sovereignty, independence and territorial integrity of the Republic of Armenia and parts of Nagorno-Karabakh located within the area of responsibility of the Russian peacekeeping forces.

As a result of its deliberate and aggressive actions on 12 May 2021 and on 13 September 2022, Azerbaijan has violated the territorial integrity of Armenia and occupied Armenia’s sovereign territory.

As we have already informed the Permanent Council during its special meeting on 13 September, the unprovoked and unjustified full-scale aggression against the independence, sovereignty and territorial integrity of Armenia, launched on 13 September, with the use of heavy artillery, mortars and attack drones resulted in the death of 207 Armenian servicemen and 6 civilians.

Aside from military positions, towns, residential areas and critical infrastructure along the southern and eastern borders of the Republic of Armenia also became the target of Azerbaijani armed forces in gross violation of international humanitarian law. Dozens of residential houses, civilian buildings and infrastructure, as well as civilian vehicles and ambulances have been damaged as a result of targeted shelling. Furthermore, large forested areas, especially in the vicinity of the resort city of Jermuk have been deliberately set on fire.

Azerbaijan's reckless attacks on Armenia are a deliberate escalation of the situation caused by the lack of effective deterrence, strong and targeted condemnation and other appropriate actions, including sanctions by the international community to stop Azerbaijan’s aggressive policy in the South Caucasus.

The military incursion of Azerbaijani forces into the sovereign territory of Armenia, kidnapping and harassment of peaceful population of border regions of Armenia, including children and the elderly, the territorial claims constantly made by the President of Azerbaijan and members of the Azerbaijani parliament against the sovereign territory of Armenia are just a few examples of the aggressive actions of Azerbaijan, which are the main destabilizing factor and threat to security and stability in the region, and which make the achievement of peace even more remote.

The realities resulting from the illegal use of force and massive violations of human rights, as well as the ongoing military aggressions carried out by Azerbaijan against Armenia and Artsakh, undermine efforts to establish regional stability and security.

False parity and “bothsidesism” are counterproductive, whilst expressions of concern are no longer sufficient. Moreover, in some cases, Azerbaijani narratives are promoted by some representatives of the international community, who, acting in their own narrow and selfish interests, hide behind the so-called “neutrality” and “balanced approach”.

Effective measures, including revision of all types of relations and cooperation with the aggressor state of Azerbaijan and the imposition of sanctions are necessary and urgent steps, which should be taken, including by the OSCE participating States and the Secretariat.

We are grateful to those countries and organizations, who did not shy away from naming the culprit and attributing the responsibility, that is, from telling the truth and naming the aggressor. We highly value their continued engagement and efforts to stabilize the situation. However, and I would like to repeat this once again, only the deployment of an international observer mission to Armenia would effectively contribute to preventing further escalation and would serve as a deterrence against new aggression of Azerbaijan. Unfortunately, the slowness of international mechanisms further encourages the aggressor state.

The Republic of Armenia categorically rejects the approach of resolving issues through the use or threat of force. While we reiterate Armenia’s commitment to build comprehensive peace, stability and security in the South Caucasus through peaceful negotiations, we insist that first and foremost the Azerbaijani armed forces must withdraw from the sovereign territory of Armenia, Azerbaijan must disengage its military and cease its provocations and aggressions, and genuinely commit, not in words, but in deeds, to peaceful negotiations to address all issues in a comprehensive manner.